The Right to Counsel NYC Coalition began in June of 2014.  We began as a coalition of advocates, tenants, academics and legal services providers in support of right to counsel for low-income tenants who face eviction in New York City. Many of us have been working on issues of affordable housing, tenant power and housing court reform for decades. As we rallied to support this important and critical bill, we recognized the need to form a new coalition, independent of the legislature, that would build a citywide movement not for increased funding for representation, but for NYC to be the first city in the nation to establish a RIGHT to counsel for tenants in housing court. We formed a coalition rooted in principles of equity, humanity, diversity and justice.

In March of 2014, City Council Members Mark Levine and Vanessa Gibson introduced a bill, Intro 214 that would provide attorneys for tenants at 125% of the poverty line who are facing eviction.  The bill was later amended to cover tenants at 200% of the poverty line or below.The final bill that passed on August 11, 2017, Intro 214-B, ensures at the end of 5 years, all income eligible tenants will be ensured an attorney when fighting their eviction in housing court. Tenants who are over income, have the right to a consultation with an attorney. The bill also provides for NYCHA tenants whose cases happen in administrative hearings, to have representation as well.

We are now working to ensure that RTCNYC will be implemented in a way that turns a law into a right, that builds tenant power and that transforms the nature of the housing court system. To find out more about how the law is being implemented, go to How RTC Works Now.

See here for more about how we won this historic new right for New Yorkers and here for a brochure that gives an overview of the coalition. 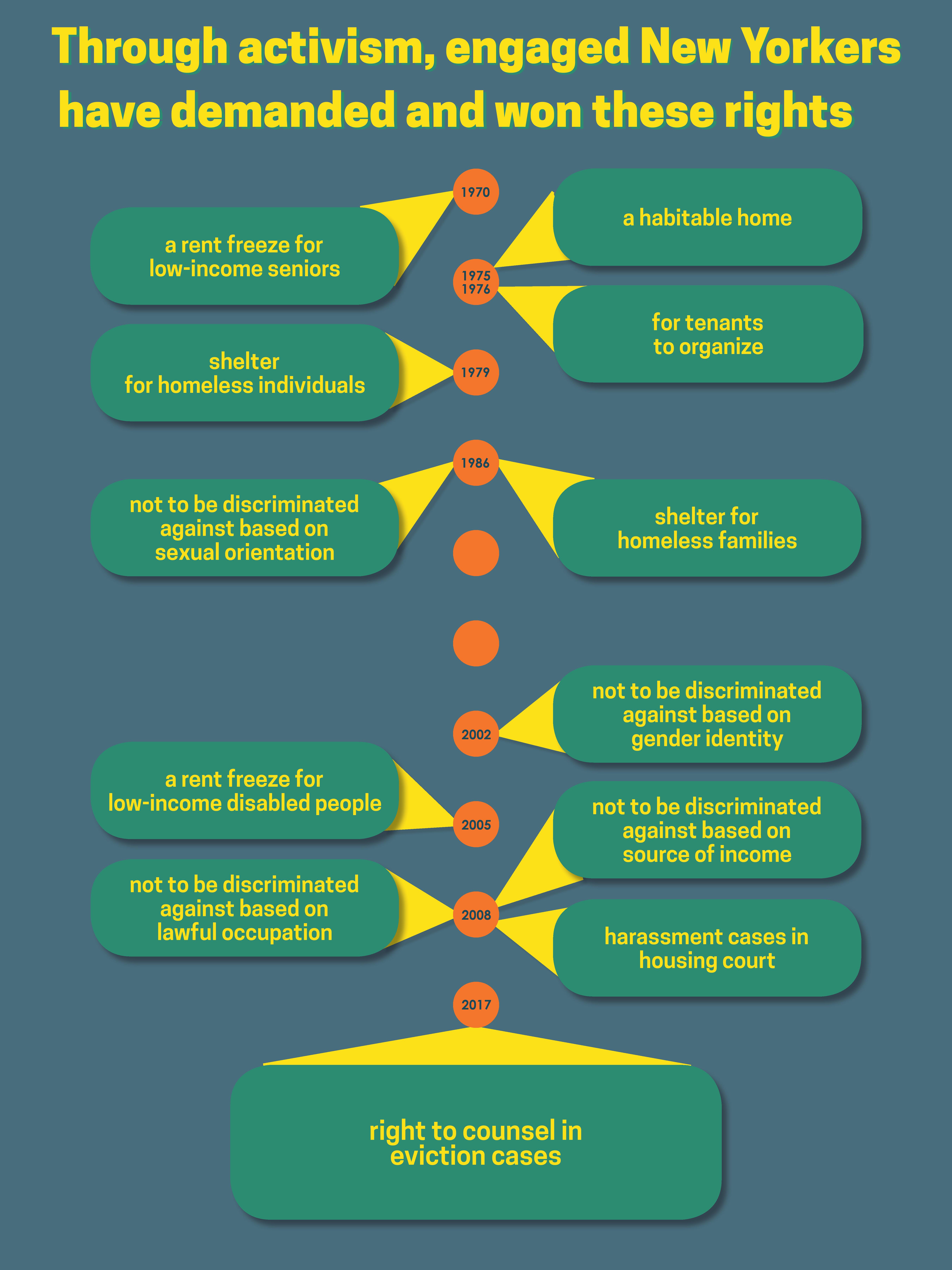