Become a Right to Counsel Lawyer

We have this jobs board in partnership with Pro Bono Net and CUNY School of Law. 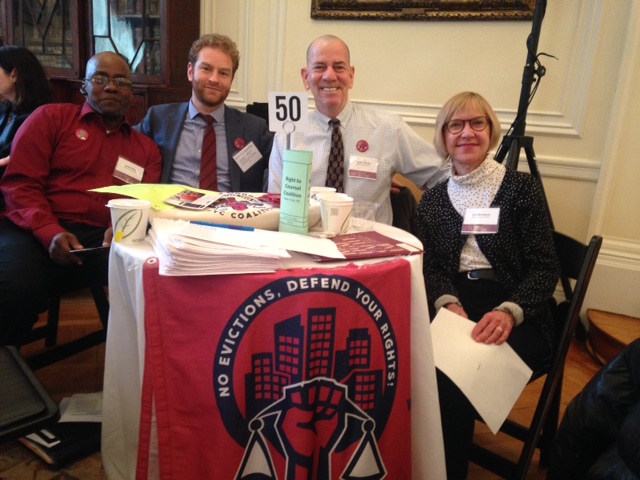 In August 2017, NYC passed Local Law No. 136., which codifies a right to counsel in housing court eviction defense proceedings for low-income tenants. This legislation, also called “universal access” by the City, is the first of its kind in the nation and one of the greatest advances in access to justice in a generation.  It levels the playing field in NYC’s notoriously one-sided Housing Court, treats low-income people with the dignity and respect that they deserve and strengthens tenants’ ability to organize to preserve their homes and communities at a moment where rising rents and gentrification are causing widespread displacement.

This is a very exciting moment to get involved for anyone interested in working to advance and protect the rights of low-income people.  The City's rollout of this right requires funding for hundreds of new jobs in housing in NYC over the next few years, many more jobs than we've previously seen. In addition to representing tenants in eviction proceedings in court, the work presents opportunities to work closely with community organizations, to work to change the culture of the courts and to be part of a growing cohort that will be transforming landlord-tenant relations over the coming years.  Click here to check out our jobs board.