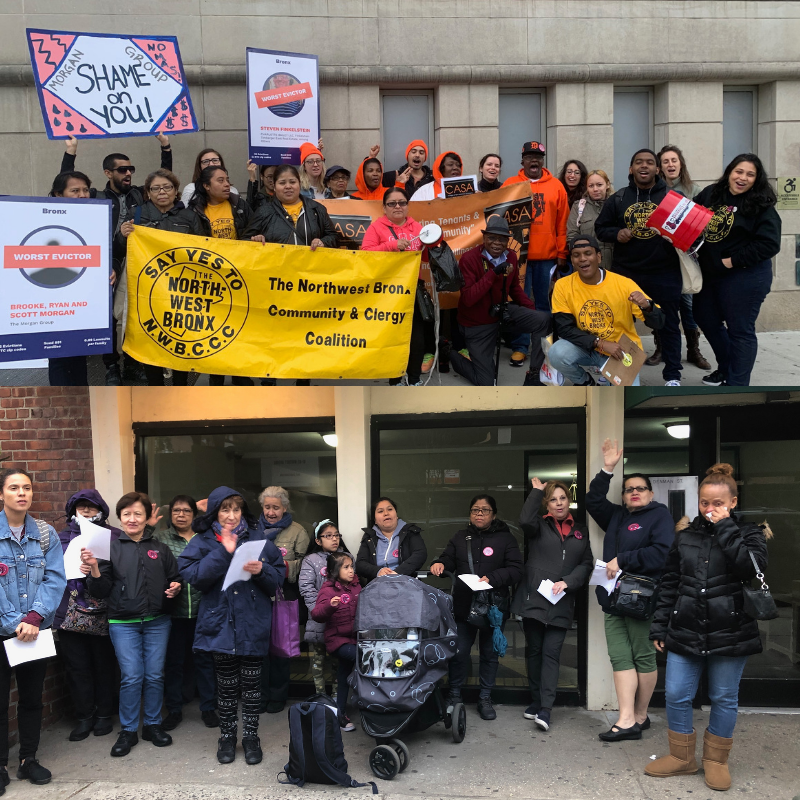 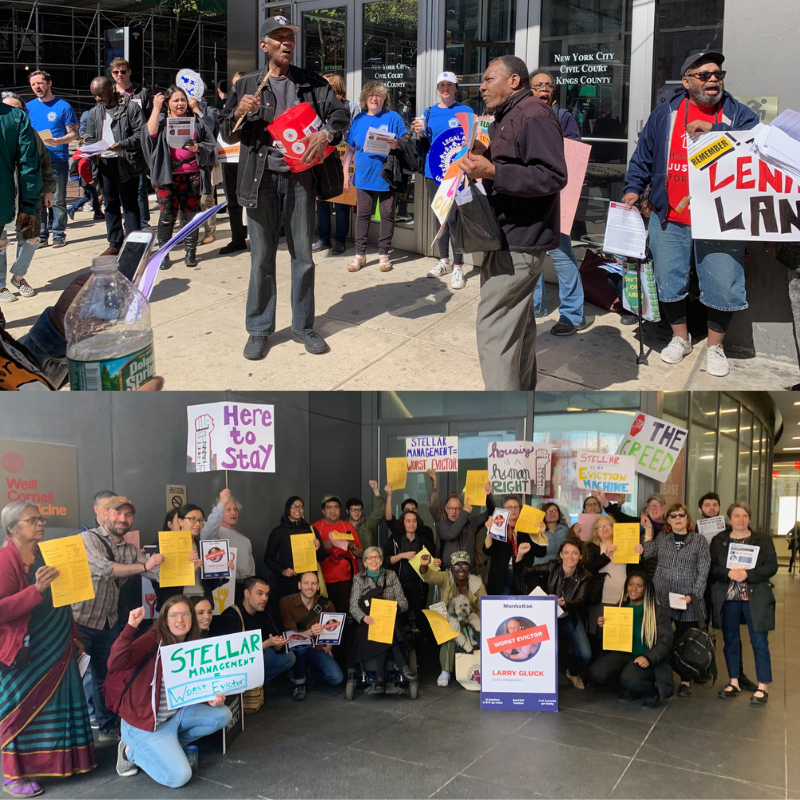 What a powerful week! During our Worst Evictors Week of Action, we did 4 actions, where hundreds of tenants spoke their truth, claimed their power, named their landlords, the banks that fund them and the lawyers that represent them.  We served landlords with eviction notices on the street, in the court and in their offices.  We stormed their offices and canvassed their buildings.  We are powerful.

If you haven't already, make sure to check out our new Worst Evictors NYC website, which includes our worst evictors list, eviction maps, organizing tools and more!

Check out some great media coverage below!

We Won't Stop Until NYC is Eviction Free!

In addition, this week:

The Public Bank NYC Coalition, using data from our Worst Evictors site, rallied at a meeting of the NYC Banking Commission, calling on the City to divest public money from banks that provide financing to the worst evictors. Read more here.

NY 1 Noticias, interviewed a queens tenant and a Legal Aid Attorney about the power, history and impact of Right to Counsel. Watch this powerful and moving story!

Philadelphia introduced Right to Counsel Legislation!!!!  We are honored to be allies to the RTC Coalition there.  We went down to Philly and met with them, shared our toolkit, gave edits on their legislation, and as an example of the power of organizing in solidarity with each other, their legislation includes language from our new bill, Intro 1529, that would provide for tenant organizing, outreach and education!  Read more here.

The Worst Evictors Week of Action happened both because of deep partnerships with our allies and friends at JustFix.NYC and the Anti-Eviction Mapping Project who worked tirelessly to use data and technology in the service of justice, and because tenant leaders, members, organizers and allies from Flatbush Tenant Coalition, Goddard Riverside Community Center, Community Action for Safe Apartments, Northwest Bronx Community and Clergy Coalition, and Catholic Migration Services fearlessly challenged the landlords evicting our communities.  It also happened because dozens of members of the Coalition showed up to support, amplify and build.  We are powerful together