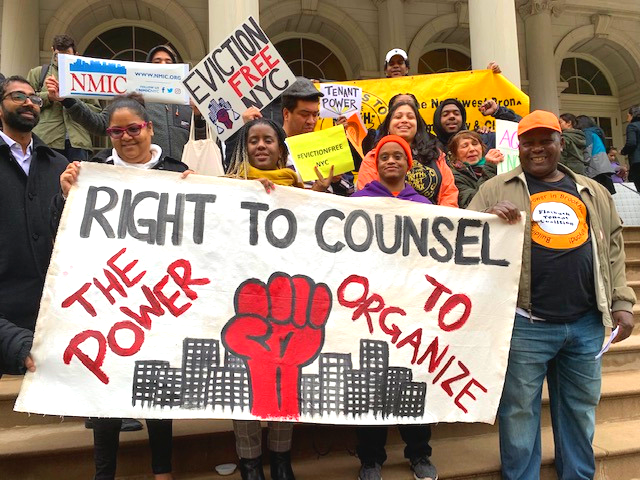 After introducing our new bill last month, we are officially launching our "Right to Counsel, Power to Organize" campaign, calling for legislation (Intro 1104 and Intro 1529) to be passed to expand NYC's current Right to Counsel (RTC) law. We want to ensure that nearly all tenants facing an eviction have RTC and know about it. Sign our petition to Mayor DeBlasio now!

We are grateful that NYC Council Members Mark Levine and Vanessa Gibson, who championed the city's groundbreaking RTC legislation, have introduced two bills that would strengthen the law. Intro 1104 would increase RTC's income eligibility level and expand the types of eviction cases covered by RTC. Intro 1529 would require the city to support trusted tenant organizing groups to ensure that tenants exercise their rights.

Here is a little bit about why we are calling for these essential expansions:

Learn more about our campaign here and then join us in making Right to Counsel stronger by signing our petition here!