THE BENEFITS AND COST OF A UNIVERSAL STATEWIDE RIGHT TO COUNSEL

Time and again, Right to Counsel has proven to be immensely successful at stopping evictions: The numbers speak for themselves! 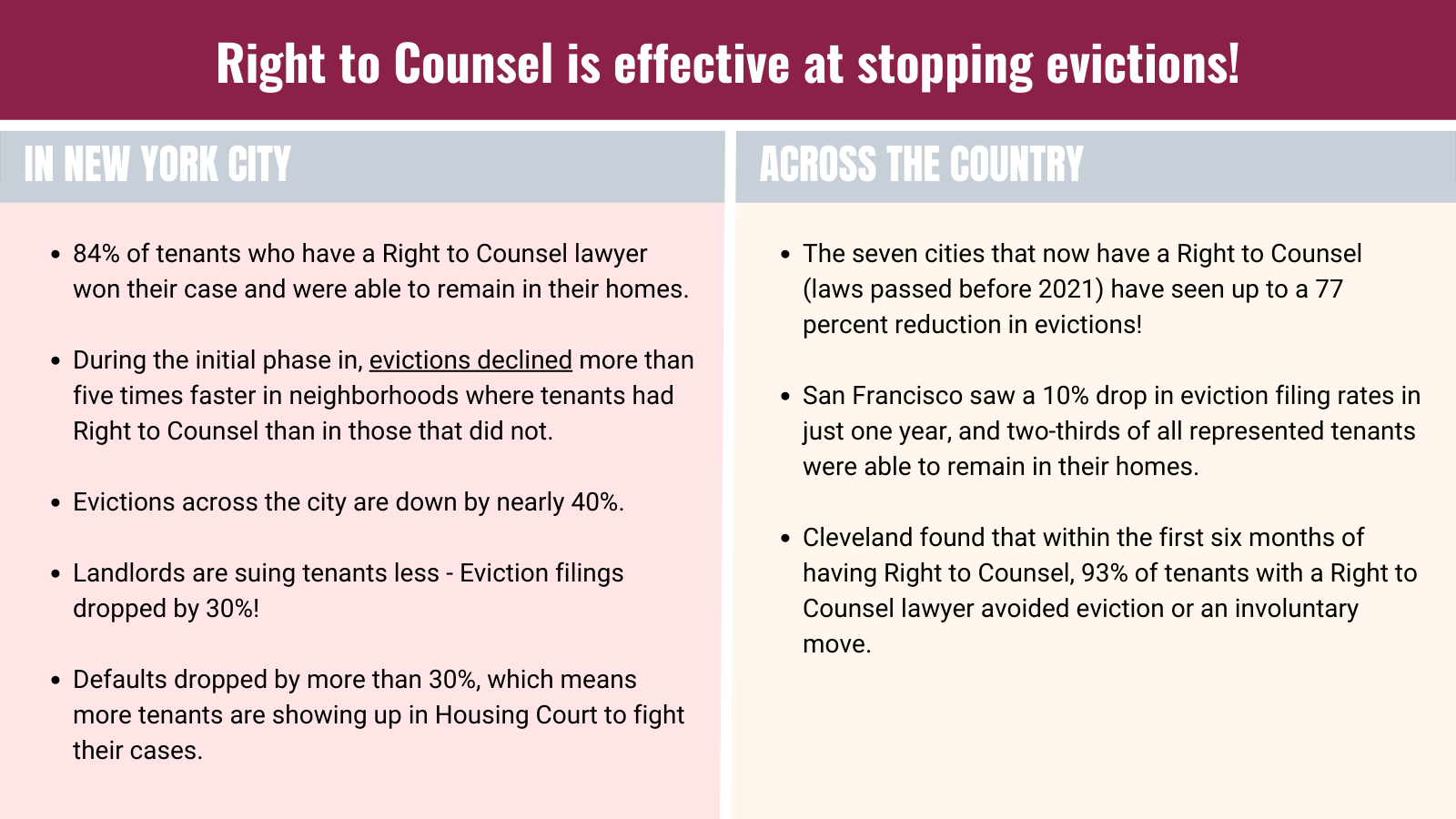 With the end of the pandemic-related eviction protections, landlords have sued over 260,000 tenants in eviction courts across the state and the number of tenants at risk of eviction continues to grow. Now more than ever, tenants need permanent and transformative solutions to protect their homes and their rights.

With so much at stake, one thing is crystal clear: ALL New York State tenants need the universal Right to Counsel NOW!

Prepared by the advisory firm Stout, the report presents an analysis of the cost associated with providing free legal representation for tenants outside of New York City. The report also demonstrates how implementing a statewide Right to Counsel would positively impact New York State government, tenants, and the courts. For an overview of the potential benefits and estimated cost of Right to Counsel outside of New York City, read our Fact Sheet. 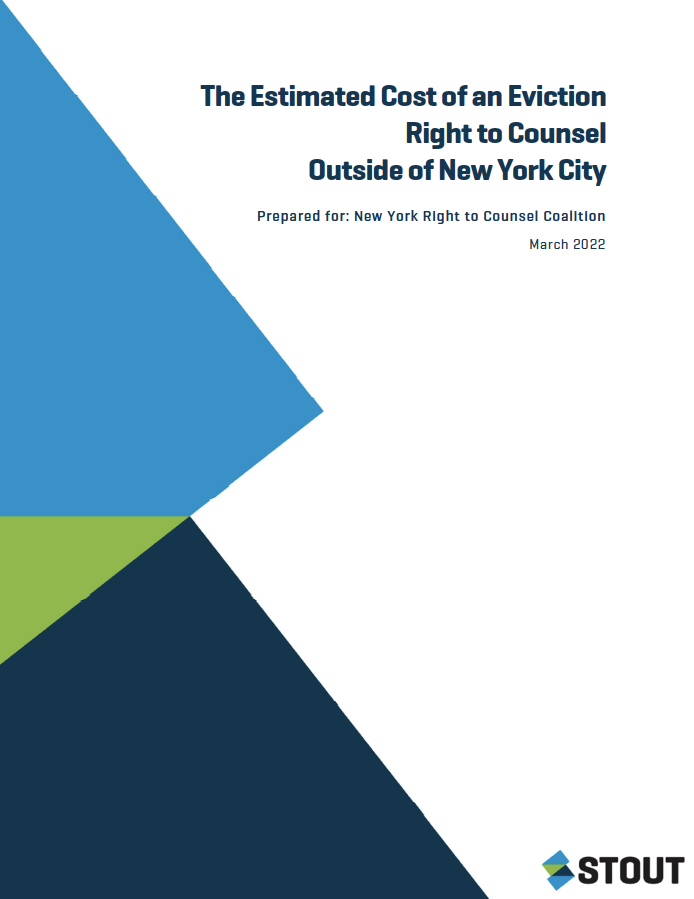 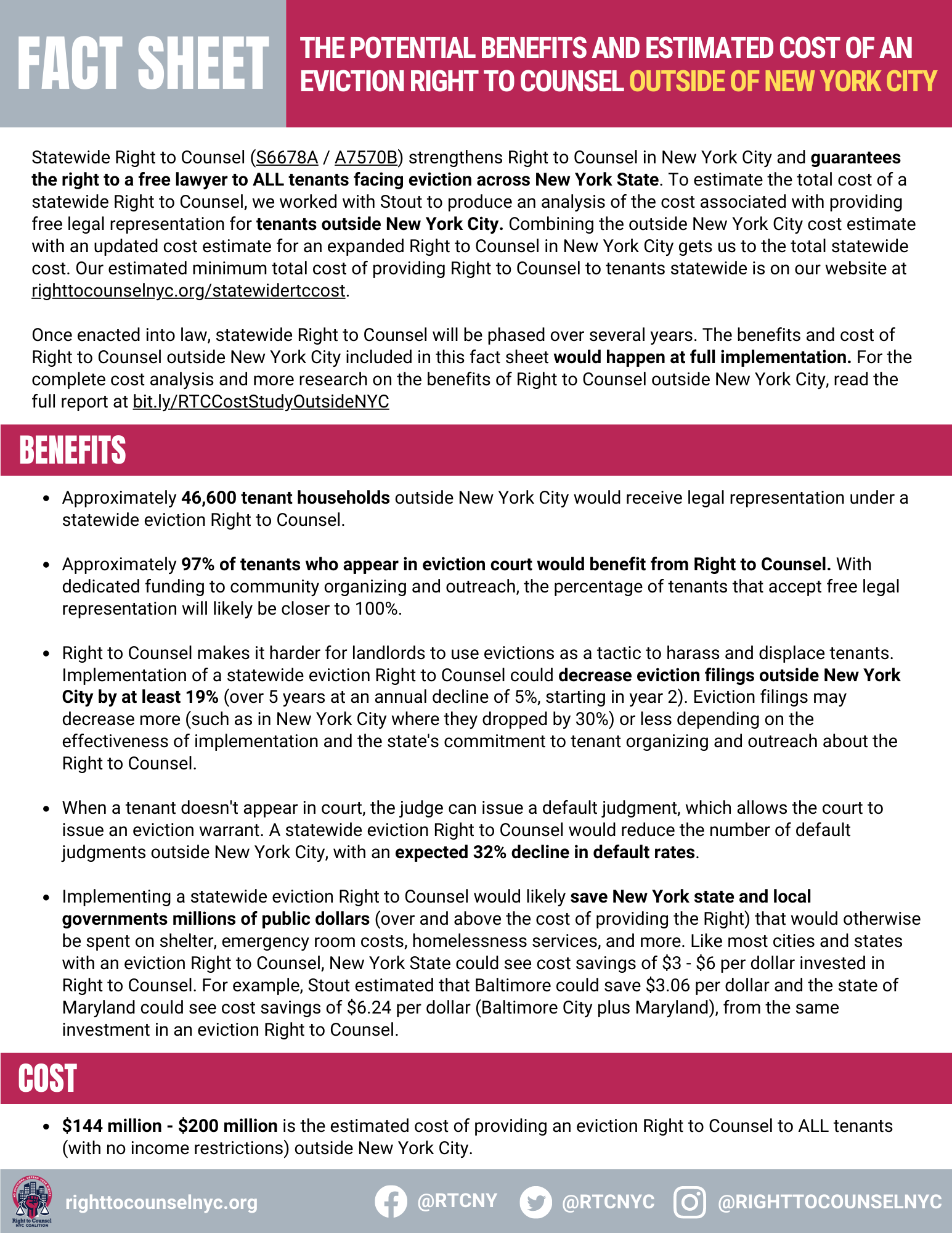 $500 million is the estimated minimum total cost of providing Right to Counsel to ALL tenants statewide. The $500 - $550 million is not an upfront cost; once enacted into law, statewide Right to Counsel will need to be implemented over the course of several years, which means the state can fund the law incrementally over time.

$144 - $200 million is the estimated cost of providing Right to Counsel to ALL tenants outside New York City (i.e. for the rest of the state) at FULL implementation. For more, read the complete Stout report and our Fact Sheet.

Implementing a universal statewide Right to Counsel is crucial to stopping evictions, makes good fiscal sense, and is more than possible.